Have you met the Godfather of Canadian webseries, Robert Mills? Honestly, this man has been inside and outside and above and below the Canadian television, film and webseries community for as long as the sun’s been rising and setting. And he doesn’t look a day over 29!

But seriously, Robert has been doing this for a long time and he knows his shit. I guarantee you that in only 10 minutes with Robert you will learn something and walk away eager to build a new project.

We talk about the many projects that are happening with Rob’s own show Ruffus The Dog and in the community at large, including the IWCC, of which Rob is acting president, the TO Webfest to be happening in the spring of 2014, and the Toronto WebSeries Community (Facebook Group) and the social media week Web Series Wednesday happening September 25th.

We really enjoyed the first Ruffus adventure, we reviewed way back in Episode the 25th, Ruffus the Dog’s Christmas Carol, and have been anticipating his SteamPunk Adventure for awhile now. So don’t let me down listeners! Go support their IndieGoGo campaign, do it now!

I braved the crowds and hit the exhibition floor at this years FanExpo in Toronto to bring you all the best from the Canadian webseries world. I remember being at FanExpo three years ago with our own series Mind’s Eye and being the only independently produced online program in the building.

How the atmosphere for independent online series has changed! I was surprised by how many

creators there were to talk to and sheepishly admit I’d never seen their show… Like Mike Donis of Pete Winning and the Pirates.

But, if you’ve been following along, you will know I immediately remedied the situation by covering Pete Winning in our last episode.

Have a listen to Mike tell us about their Season 2 IndieGoGo campaign and the perks you can win, like a date with this swarthy pirate.

Our Saturday night at GenCon Indy continues with a Canadian connection. We parked in a hotel lobby, opened the Scotch and hit record with Joanna Gaskell and Edwin Perez of Standard Action (and the new show The Lonely Dragon, but we’ll get to that).

Joanna and Edwin get us up-to date on how filming for Season Three of Standard Action is coming along and let us in on some behind the scenes nerves from the cast for the musical episode and the many guest stars making appearances.

We also dish a little about the Zombie Orpheus crew and the sheer amount of content they have released this year, Gamers 3, Natural One and Humans & Households. 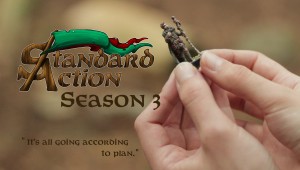 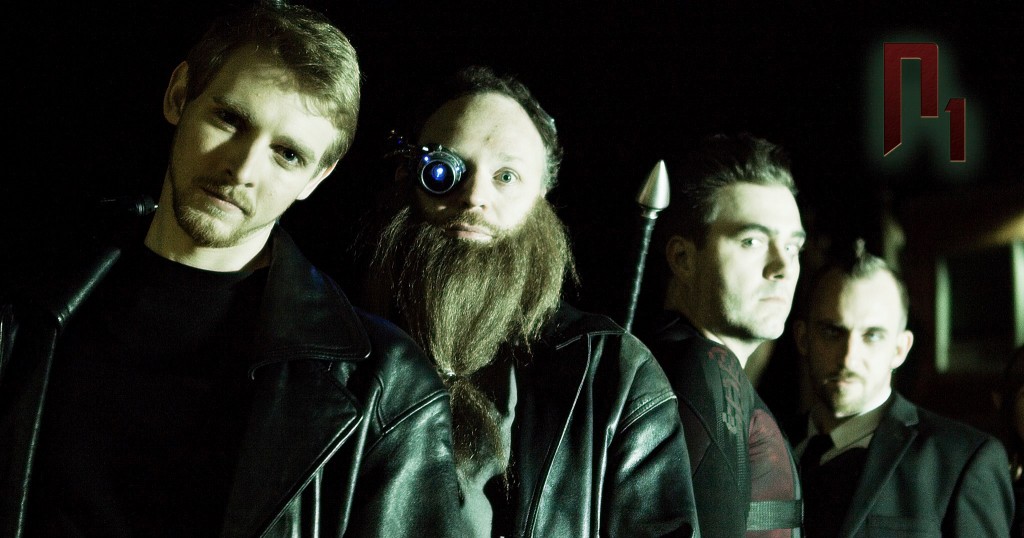 Bach with a Vengeance!

That is what the perfect title for this bonusode would be if we had the balls to deliver that kind of humour.

Returning to the internet-waves, we called in the big guns in the form of music composers Adrian Ellis (Out with Dad) and Rob Gokee (Night of the Zombie King, SOLO the series) to talk about scoring web series and what to do when a director asks for “something that sounds awesome like Hans Zimmer” for lo-no budget.

It was great having both of them on LR to talk about this because we’ve seen a TON of series that stand out with the right score. There are many aspects of production that “make-or-break” it, and score is not one to be overlooked. We talked about how to argue for original score over purchasing stock tracks, how to communicate story through music and why Minnesota sucks so bad…poor Minnesota.

What killer score have you heard in web series lately? We mentioned our favourites, now it’s your turn.

We are all about mash-ups this week I guess! Not only did the webseries mash-up series from the creators of Super Knocked-Up and Clutch, come out yesterday, we have our own mash-up series to debut. Well, series might be an exaggeration… but we have a podcast mash-up right here between Limited Release Podcast and Page of Reviews.

That’s right, Nick and Adam recorded a podcast at Ad Astra a couple weekends ago, live in front of a studio audience. Sure, Adam’s been our show before, but those were guest host opportunities… this is different somehow.

So, listen away to this Frankenstein of a podcast with a bit of this and bit of that. We present Limited Reviews: Episode 1

A little webseries, a little tv, a little sci-fi, a little audience participation!

*Notes, my (Candice) blog post on Deadwood’s use of anacrhonistic cursing.

I got a chance to sit down, with recorder in hand, with my gamer girls, Monica Zelak and Lovina Yavari after a weekend of rocking the Game Asylum trailer. We talk about all the awesome things they are doing in the Geek Girl space, including art, modelling, costuming, gaming and acting in indie flicks and webseries.