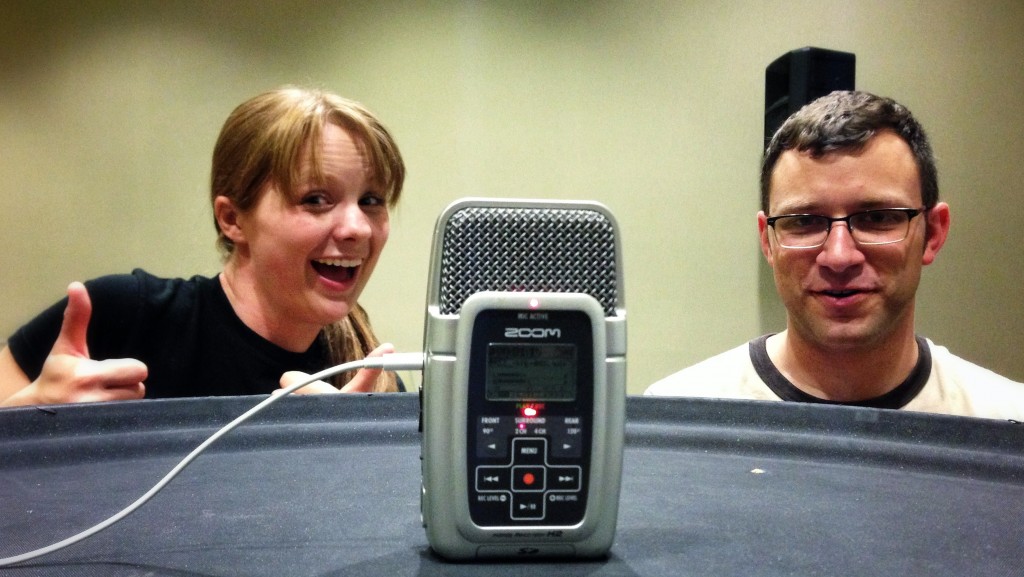 This is a complete departure from our usual reviews. It is a totally personal and yet completely impersonal review.

As listeners may remember in November of 2012, through episodes the Forty Seventh and Forty Eighth, Nick went away, to Seattle and I had to find co-hosts.

Nick was away to join the Zombie Orpheus Entertainment (ZOE) crew on the set of their new feature film The Gamers: Hands of Fate as one of the Directors of Photography and the Visual Effects Supervisor. And then from May through July he’s been working here at home for hours and hours each day on the post production.

I have stayed completely spoiler free as he worked on this. Which was pretty easy as I had never seen either of the two first films in the series, The Gamers and The Gamers: Dorkness Rising, so even on the rare occasion that I saw some of the screencaps of scenes he was working on, they meant completely nothing to me.

So, on Thursday August 15th at 8pm in the Grand Ballroom V of the Westin Hotel at Gen Con Indy, I got to see a completely fresh movie for the first time.

Welcome back, your dreams were your ticket out, welcome back.

But welcome back to The Joint Cafe in downtown Guelph, where we record Episode the Sixty Fourth and refuse to sing a classic Beatles song. It goes without saying that if you want the best service, coffee and food in Guelph, you need to go to The Joint Cafe. But we say it anyway.

We cover a little news upfront since summer seems to be the busiest time of the year for webseries news, for both new and returning shows. But finally we get to the reviews.