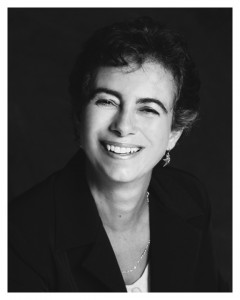 Which is more rewarding: watching golf or softcore pornography? While you’re thinking about your answer, let me type some more about this week’s episode.

In the Rough is about Will Ryan’s quest to reinvent himself as a professional golfer after he walks in on his lovely girlfriend and best friend giving new meaning to the term “hole-in-one”. Now whether the story actually follows that or focuses more on showing golf being played is anybody’s opinion, and it sure is mine. Even from the opening title that plays before each episode you can get a sense of the slow-paced storytelling that this series has. And that’s not a bad thing, in fact it could be a good change of pace from the series out there that try to move too quickly and gloss over developing the story as a result. That being said, it does have a lot of golf in it. So make sure that’s your thing before clicking play.

Aside from my opinions on the game that it is based on, it does have some solid production value (albeit a subtle characteristic of the show). While it isn’t pulling off any crazy shots or visual effects of any kind, things like shot composition and camera-work are managed well. Those with the right eye can tell by watching that the crew is experienced and have handled the show well. Kind of like a painting that painters will recognize as expert from the brushstrokes while less-knowledgeable folk will overlook it.

The full first season of 10 episodes of In the Rough is out right now from Lifeforce Entertainment.

Speaking of people reinventing themselves into something else they’ve dreamed of, Pretty Darn Funny is about a bunch of moms (kind of) who come together to form an improv troupe and set out to reclaim comedy from the crass and crude. With a short season of only 6 episodes, they at least have some extra content to look at as well. Once you’re done watching through to the end, check out the group’s music video Jane Austen is My Homegirl. You just clicked on it without watching the episodes first, didn’t you? Well, that’s okay. It won’t spoil any of the show for you and is kind of catchy.

Oh, and if you have a keen eye while watching the episodes you might notice ads sneakily placed about for another webseries, The Book of Jer3miah. Check out the trailer for it and keep an eye here ’cause who knows, we might be reviewing it next episode.

As for the question that I posed to you above, golf or softcore? Swinging clubs or the obstructed view of swinging dicks? Holes in one or implied one in holes? Let’s hear some answers in the comments below.

You ever seen a Sergio Leone western standoff where the good guy and the bad guy are about to dual each other? The street is quiet. Locals shut their windows and clear out. A tumbleweed goes bouncing past. I’m not entirely sure what this might have to do with this particular bonusode with Jill Golick from Ruby Skye P.I., but maybe you can figure it out.

Does everybody here remember Jill Golick, creator of the webseries Ruby Skye P.I.? Or the review we gave the series in Episode, the Eighth?

For those who missed out, I (Nick) didn’t show a lot of love for Ruby. And perhaps my opinion came across a little bit more hateful than I wanted it to (okay, it definitely did) so I’m glad I got the opportunity to clear the air and chat with Jill in person about my thoughts on her show. Luckily for me, Jill is a very understanding person and our conversation was a pleasant and peaceful one.

Ruby Skye P.I. is a webseries that follows Ruby, a young detective-in-the-making, who actively seeks out mysteries to solve in her neighbourhood. It’s very Nancy Drew-ish for a younger generation and is very similar to something you’d expect to see on YTV, in regard to both content and production value. It’s shot well, edited well and packaged well. And Candice enjoys it immensely. But for Nick…not his cup o’ tea.

Jill and I talked not only about my personal opinions of the first season of the series but also what’s coming up for the second season of Ruby et al. As Jill puts it, this new season will “blow the first season…out of the water”. They’ve upped everything in the production, including the gear and the budget.

Watch all twelve episodes of the 1st season of Ruby Skye P.I. right now and keep looking for upcoming season 2 episodes expected to be released around October 2012.